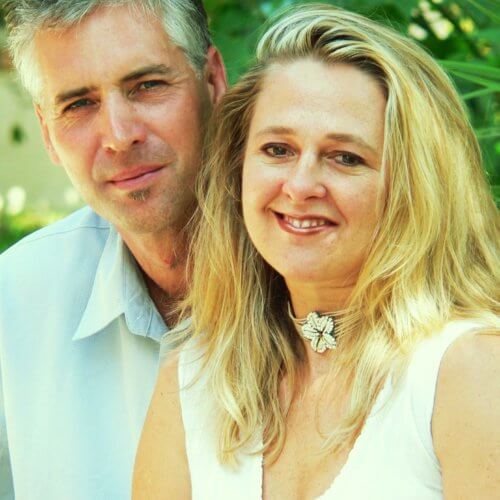 Having grown up on a farm in Eastern Cape, South Africa, nature has been the main inspiration for my artwork. At present we’re blessed to live overlooking the beach and it’s from here that I paint.

I am a professional painter in Acrylics despite having majored in bronze sculpture when studying.

As a child my mother’s pottery caught my attention and resulted in many artistic expressions of my own from drawing, sculpture, landscaping to painting . After high school I went on to study art – and although a local university (Rhodes university, Grahamstown) offered a good art programme, it did not have a bronze foundry. I therefore opted for a higher diploma at the Nelson Mandela Metropolitan University which did have a foundry.

Sculpture, and especially bronze, was my major subject with painting as a minor subject. After completing my studies with a thesis on “Bones as inspiration for sculpture”, I married Niall Cameron on his return from a year in Antarctica. We had met before his trip and hoped to marry on his return.

I proceeded to paint far more than sculpt for a few reasons . The cost of bronze was very high for a starting artist, the market (probably because so costly) was also a lot smaller and the process extremely long compared with painting. Although I painted in oils for many years, my chest began to react badly to the solvents and so for a few years now I have been using Acrylic / water based paints.

In the year 2000, however, Niall and I satisfied an even greater call – spending seven years in Christian missionary service. Upon returning to South Africa, the painting was our only income since Niall had left his career at the University of Port Elizabeth. Six artists, including Myself opened a gallery called the Sky Gallery in Kenton on Sea in 2008 and I began painting very large canvasses – much of my work measures 2,5x 2,5m when square or 2,5 x 1,2m if rectangular. Recently an emphasis on narrow panoramic scenes have been popular.

I do a lot of commission work. Preferred subject matter include landscapes (often including cattle or goats etc) seascapes, portraiture and more recently ,attempts to express spiritual things.